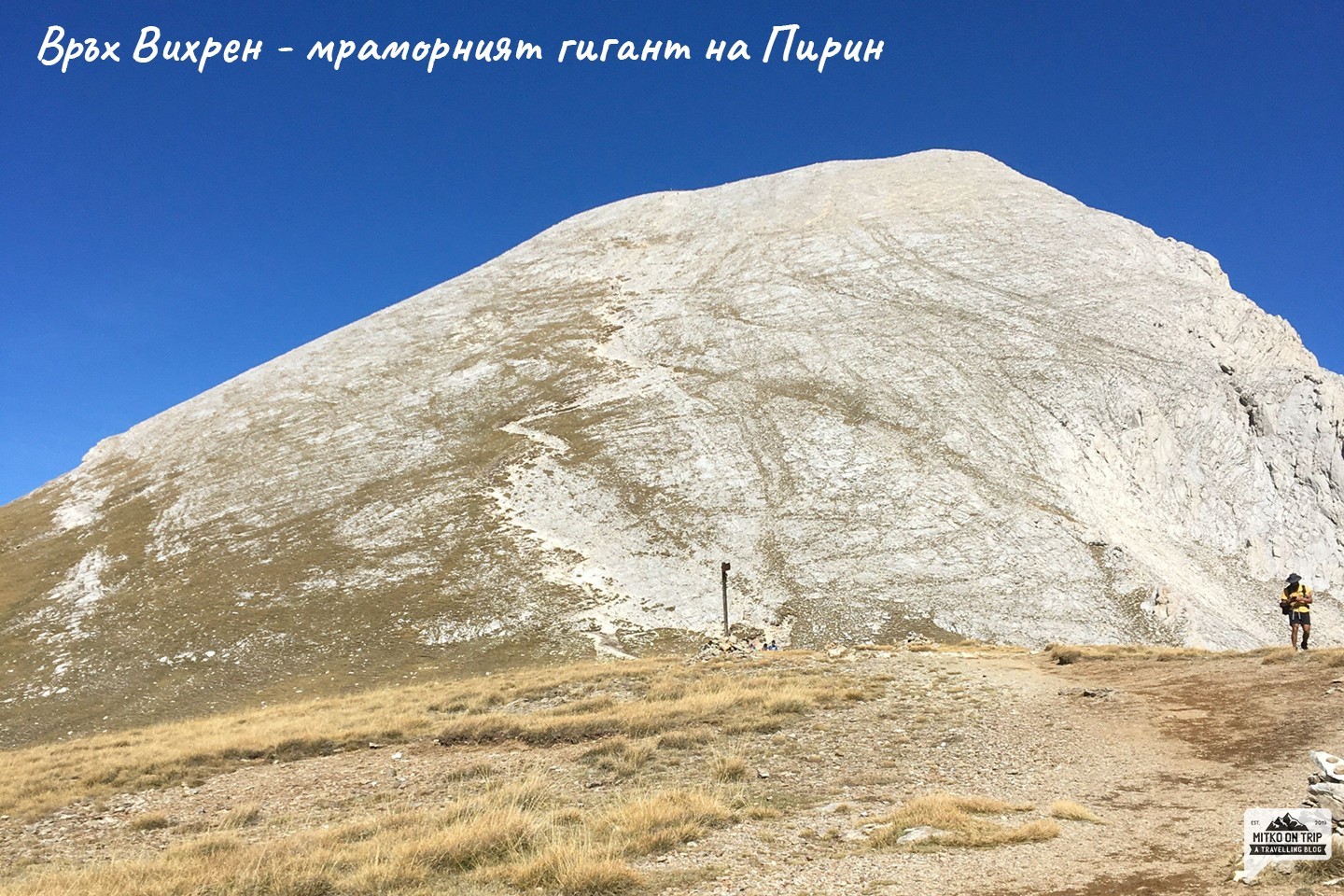 Pirin Mountain is famous in mountaineering circles for its beautiful posture, its marble giants and its challenging nature. It is very beautiful, but it can also be very raw if you underestimate it.

Today I will take you to it to visit its peak - Vihren peak. Vihren rises to 2914 m. altitude and is the second highest peak in Bulgaria and the third highest on the Balkan Peninsula. The reason for his visit is my new series about the 100 national tourist sites of Bulgaria.

How do you get to it?

Vihren is located above the town of Bansko in southwestern Bulgaria (Blagoevgrad region) about 150 km from Sofia. There are several different routes to climb to the top (you can see the Trips Journal here).

Today I will tell you a little more about the classic route we chose. It starts from Vihren hut. You can reach it by car from Bansko and it will take you about half an hour (16 km.). You can also reach it by bus from the town of Bansko (see schedule here). The hut was built in 1939-1943. from the tourist company in Bansko and is called Eltepe. It is located in 1972. n.v. and offers hot food and the opportunity to sleep. There are about 120 beds and a dining room for 80 people.

* Here I put a note that from July 15 to September 15 the road from Shiligarnika to the hut. Vihren is closed from 8 am to 4 pm. The distance can be covered on foot, but keep it in mind so as not to be unpleasantly surprised. 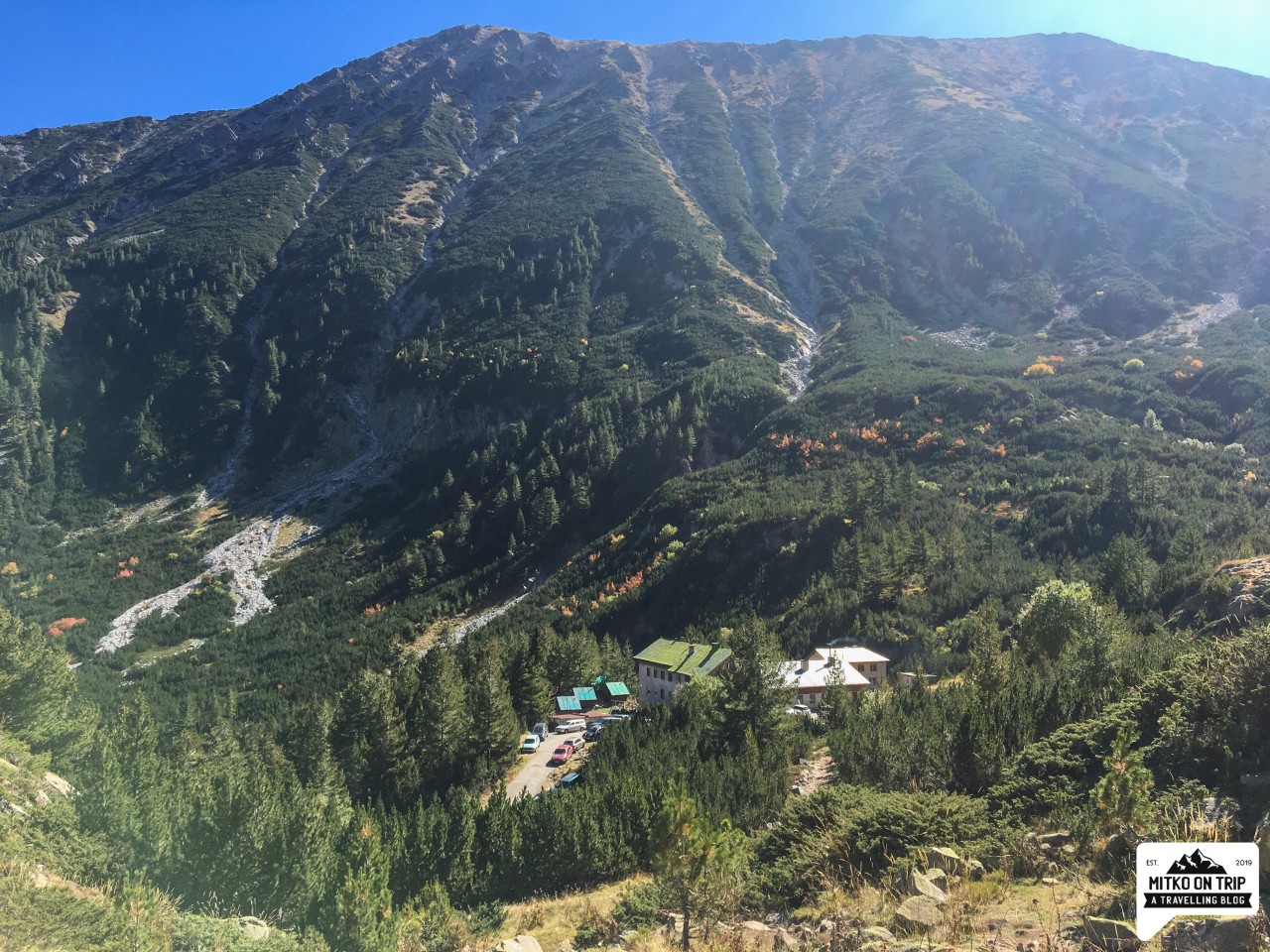 The time for climbing from the hut to Vihren peak is on average 3 hours. Our group was torn as the first ones arrived in 2 hours. 30min and the last for about 4 hours. Allow yourself about 35 minutes by car from Bansko to the hut.


Is it difficult to climb?

The total displacement is about 1000 meters, which is quite a climb. The distance is between 3 and 4 km, which means quite a serious slope. With enough rest and a steady pace, everyone can cope, and even children do great.


Which number is in the booklet with the 100 national tourist sites?

Vihren Peak is below №2 in the book. You can get the seal after descending from Vihren peak to Vihren hut. If you can't find the hut you can always ask the lovely soft cat at the hut. 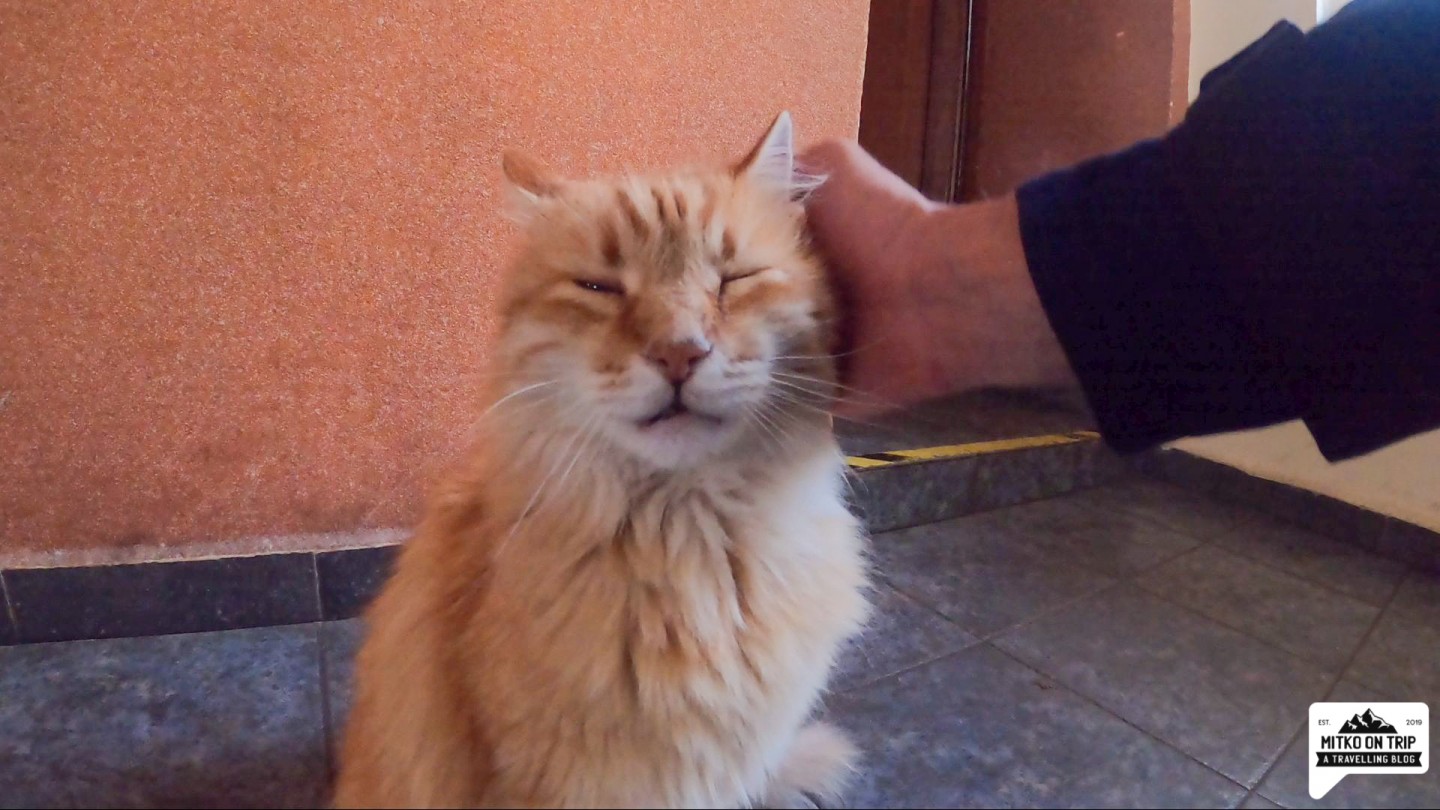 It is a very good idea to combine it with seal №1, which can be taken from the town of Bansko in the Museum Complex, Nikola Vaptsarov Museum, Neofit Rilski Museum or Velyanova House.


About my adventure to Vihren

My first ascent of Vihren peak was exactly 2 years ago. In 2019 I participated in the mountain running competition "Pirin Ultra" (Pirin Ultra) at a distance of 38 km. My dream to attend this competition was to collect the star (a combination of 3 medals from ultramarathons connecting into a star that I will tell you about another time), as well as the conquest of Vihren peak. Then I successfully covered the distance of 38 km, but in the speed I could not enjoy the climb. And I decided to come back again.

This time we returned with friends to conquer the top at a calmer pace and more free time. We drove to x. Vihren and we parked nearby (usually there are a lot of visitors and there are not enough places). From there, our view of the "marble giant" opened up. 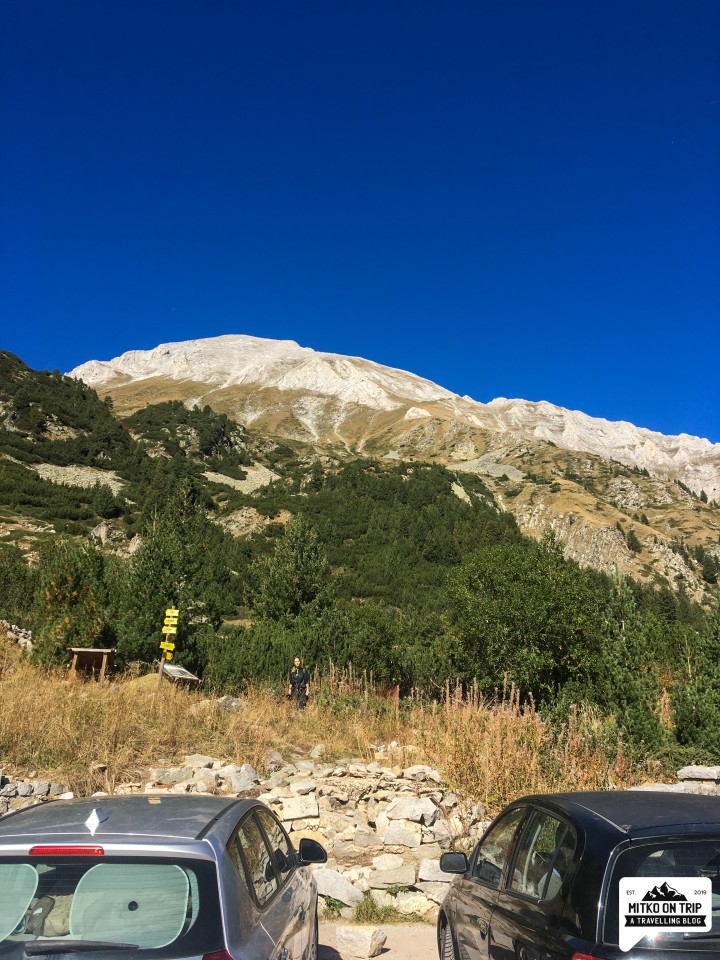 We exchange a few stories and take the path up. The make-up you have to follow is red in color. The path forks in places, but it is important to see the red markings again. At the beginning you go through a small grove and stone rivers. Above, the forest thins until it disappears completely and you are surrounded only by rocks and grass. As you know, I have a lot of experience in losing, and this time I was able to add another story to it. I have no idea how, but Willy and I managed to confuse the trail and get out of the markings in about half an hour (maybe a little longer). And just at that moment, during an ascent in front of us, a herd of wild goats crossed the path. 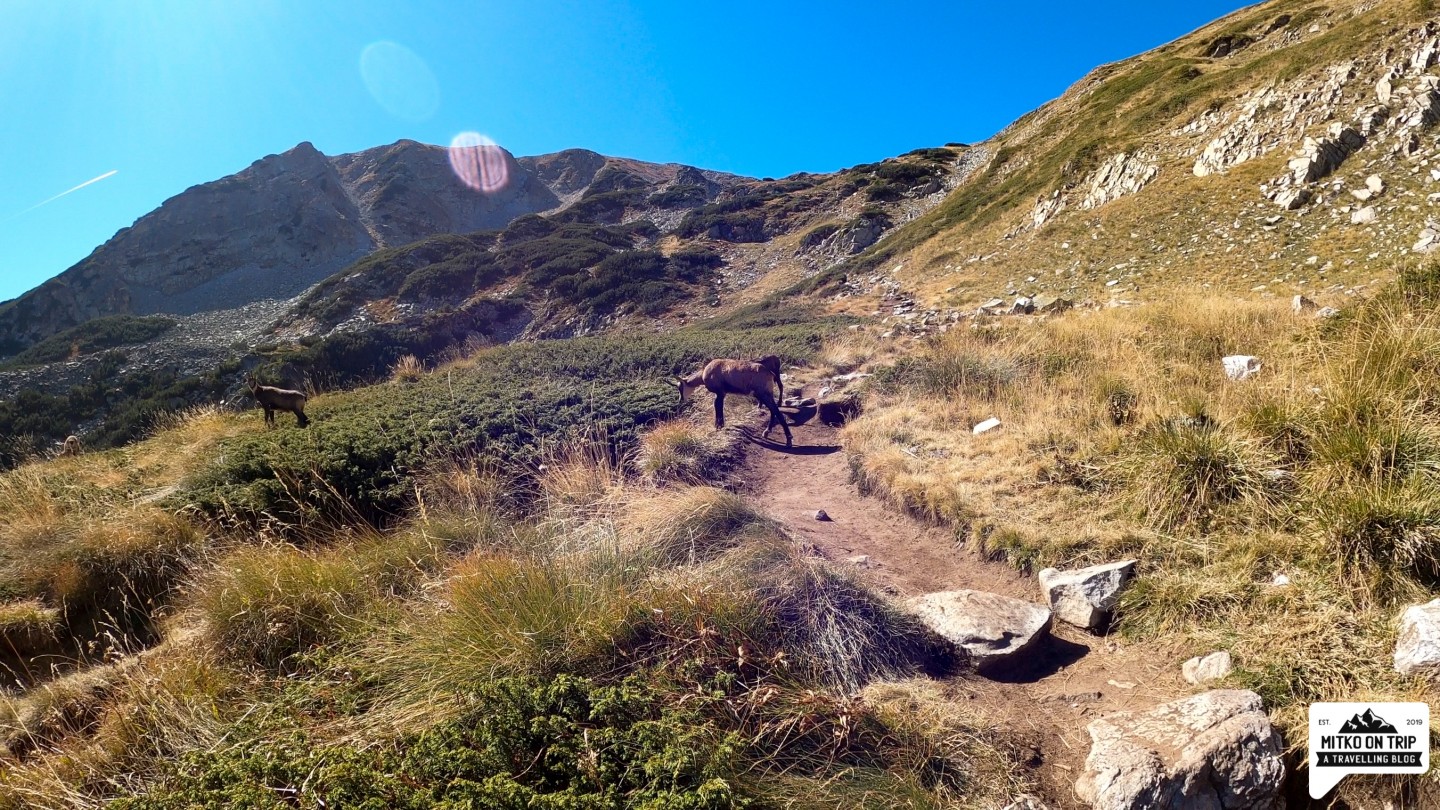 We stopped so as not to startle them, and watched as enchanted as they passed in front of us and stopped to enjoy the view down to the hut. Initially we saw one, then a second appeared. Shortly afterwards, several more appeared, along with their young. Fairytale moment ..

But we still have a peak to conquer and keep going up. A little later we return to the right path and the symbol for this is the inscription "Mitko" and a drawing of ... a horse? a cow? dinosaur? .. of something interesting. (write in the comments what you think this is) 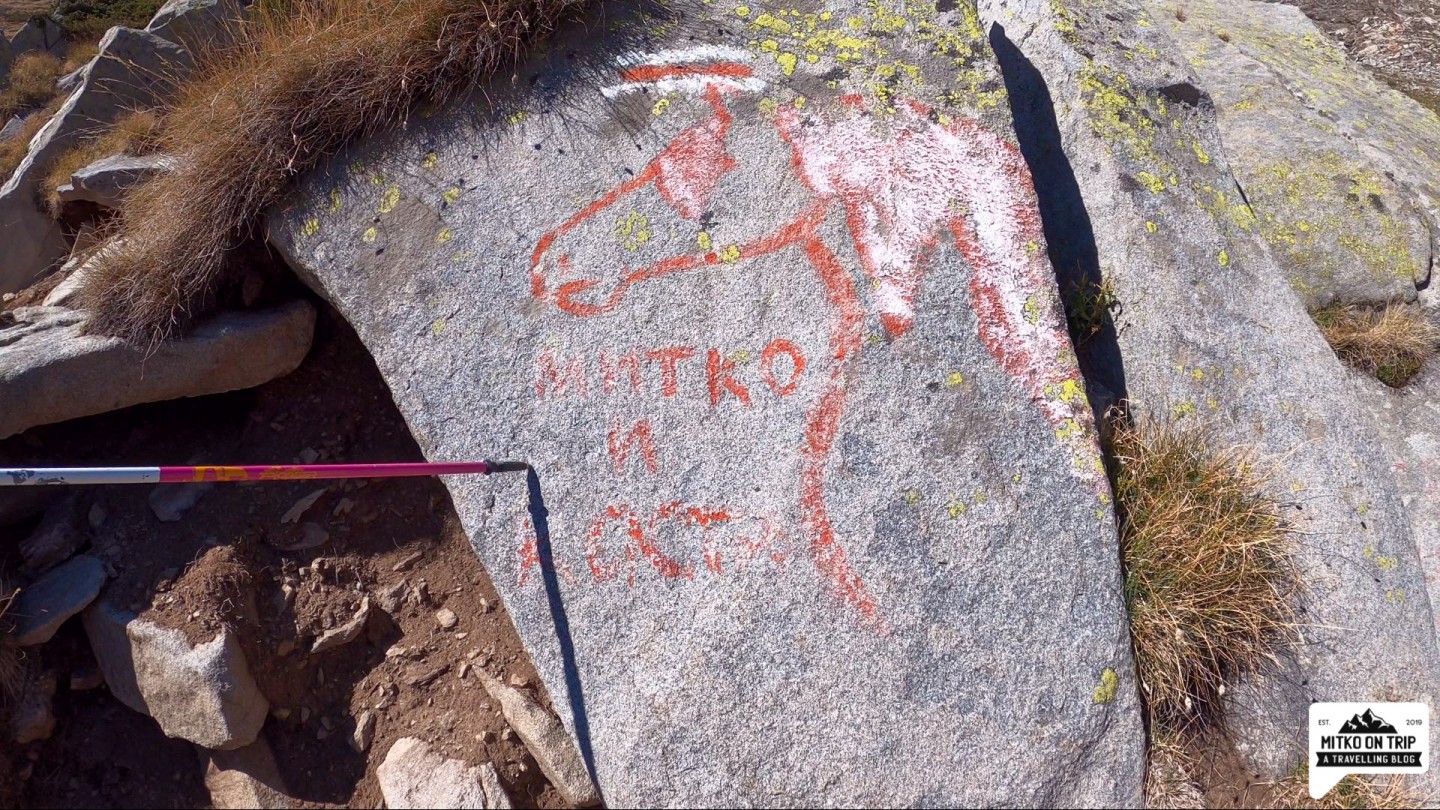 In my own way I divide the ascent into 2 stages - the first stage is to the ridge, and the second is the final ascent to the top. And at this moment we reach the ridge and there is a view both to Vihren hut on one side and to Vlahinski lakes on the other side. 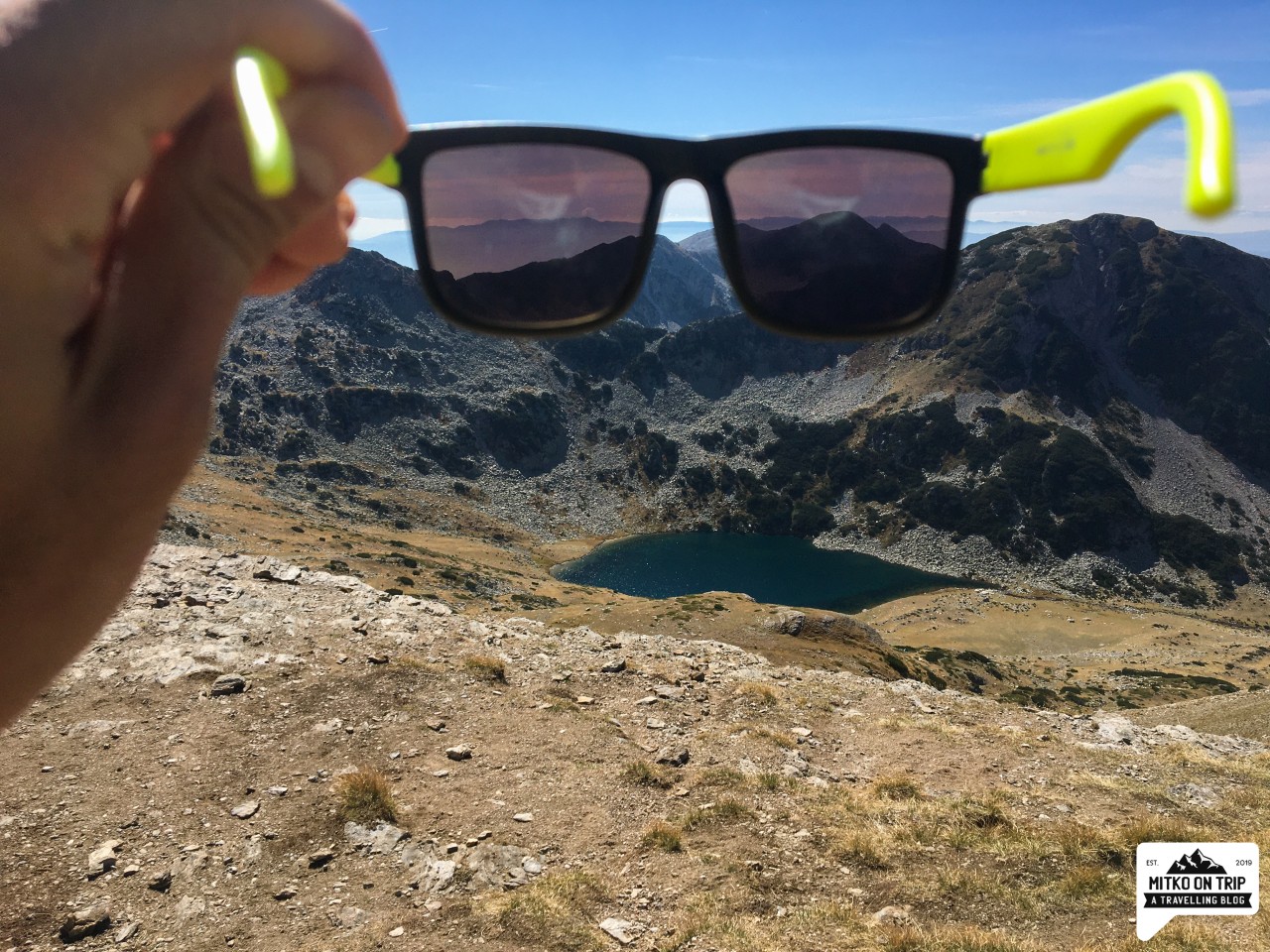 Well, let's not forget the view of Vihren peak after all. The harder it is for us to climb now, the sweeter it is to climb up. 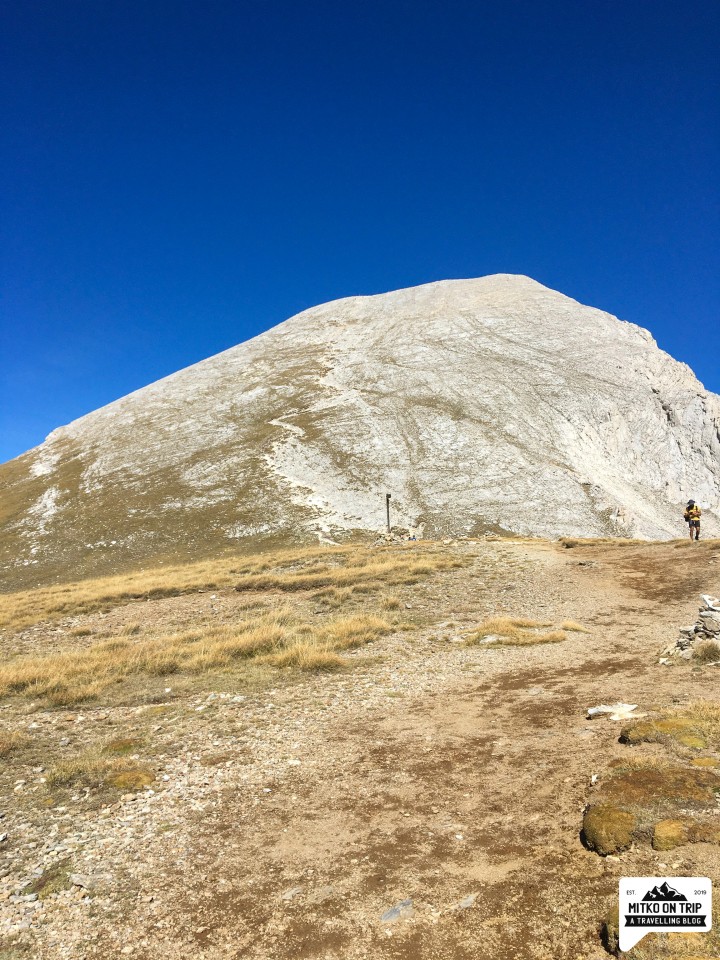 The last part of the route is conquering the top. It is quite challenging, because the slope of the climb becomes bigger, and the path sometimes appears and disappears.

My name is Mitko and I am web programmer. Travel and adventures are bringing colour and passion to by otherwise boring days.