Asen's Fortress is located near Asenovgrad. It is located on the rocky hill Mogilata and it has a great view from the road Asenovgrad - Smolyan. The fortress, which rises at least 100 meters above the road, was a major strategic point above the pass connecting Plovdiv with the Aegean. With its almost vertical slopes, even overhanging the river, it is inaccessible on all three sides. The excellent location and natural protection of the area has been used since the time of the Thracians, who in the V century BC. build a fortification.

Originally built by the Byzantines, the small fortress tower grew over time, with the villages of Petrich and Stenimachos around it. Its strategic location at the beginning of a pass that connects Thrace with northern Greece and the Aegean Sea, and the fact that it was located in a rich agricultural area gradually turned the fortress Petrich (as it was then called) into an independent economic center with its own administration, army and military power. 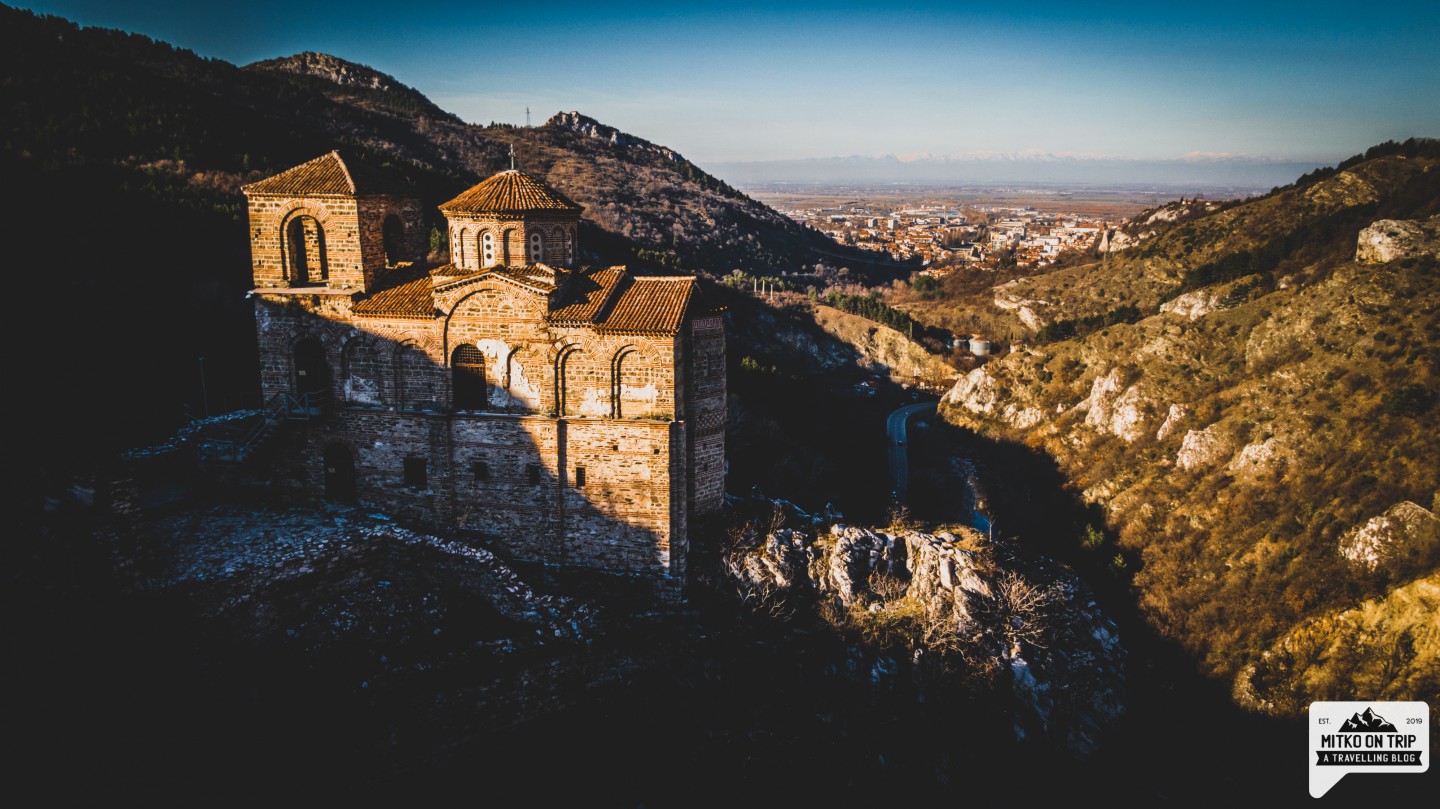 The fortress consists of an outer fortification and an inner part (citadel). The outer fortress wall is 2.9 m thick and has a preserved height of up to 3 meters. The rocky hill on which it is built rises to 130 m. from the level of the city and more than 100 m above the level of the river. The slopes of the ridge west of the church are not only steep, but even overhanging the river, which makes them absolutely inaccessible.

In 1231, Tsar Ivan Assen II made the largest expansion and reconstruction of the fortress, as evidenced by a rock inscription carved by his order. It reads:

"In the summer of 6739 (1231), the fourth indictment of the god-exalted Tsar Assen appointed Alexi Sevasta to Bulgarians, Greeks and other countries and built this city. “

In this case, "Alexi" is not a person's name, but in the sense of a defender, which means in translation. Sevast is the title of district governors (choirs) or smaller administrative units included in the districts.
This gave grounds for the fortress to be named Tsar Asen's Fortress later, and the town of Stanimaka at the foot to be named Asenovgrad in 1934.

The fortress existed until 1410, when it was destroyed by Ottoman troops.

How do you get there?

The fortress is reached by a turnoff on the road Asenovgrad - Smolyan. Just as you leave the town in the direction of Smolyan, turn right. The road winds to the fortress about 2 km. In front of the fortress there is a parking lot and toilets.
We chose to leave the car at the turnoff and walk to the fortress. It took us about half an hour and it was a pleasant walk. We noticed that there were a lot of people who had also chosen the walking tour to the fortress. 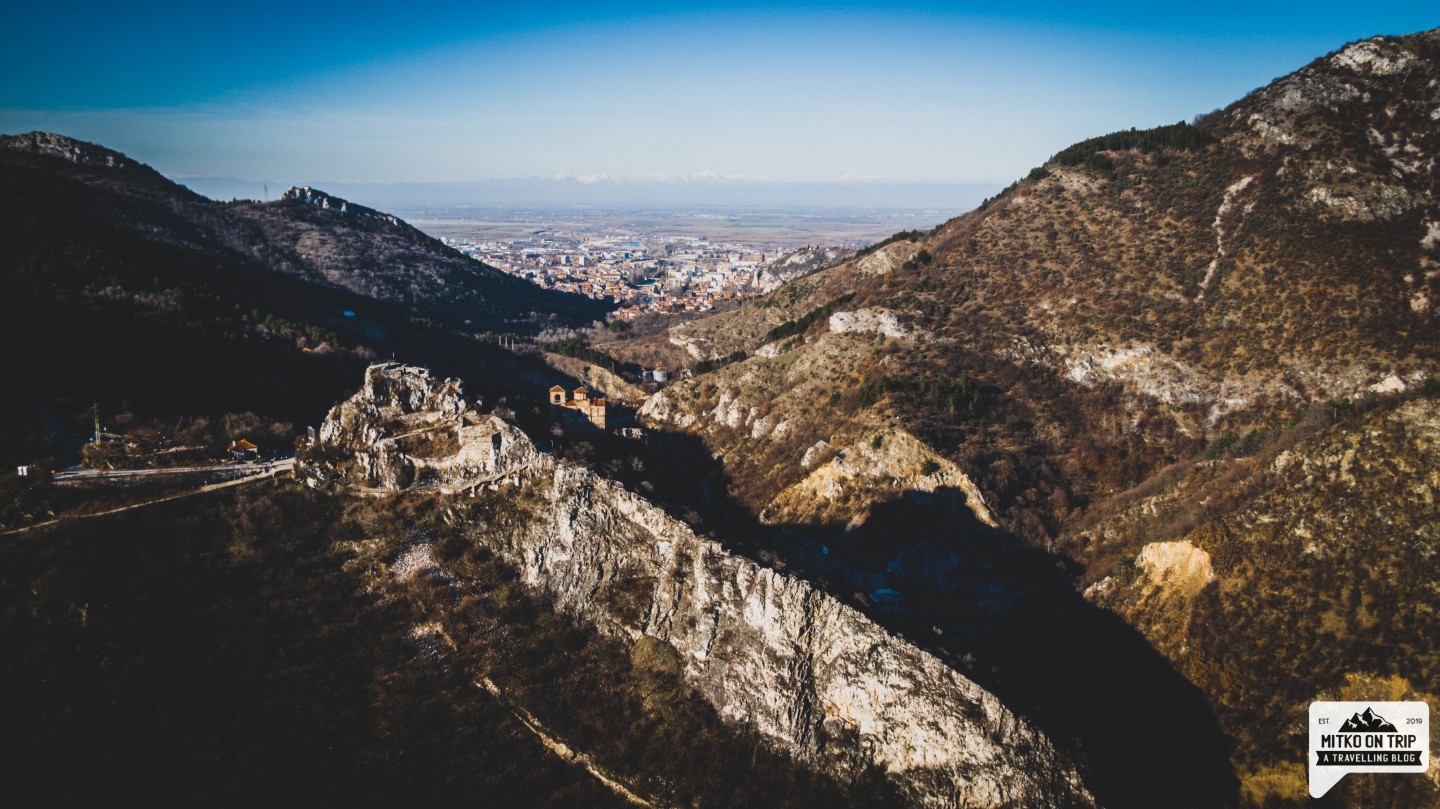 Set aside about half an hour for the fortress itself.

Are there great heights and is it scary?

No! The fortress is located on a steep rocky hill, but the path for visitors is inland from the edge of the rock, so you do not have to worry. Only near the church it is steeper, but there is a railing and it is off the path. 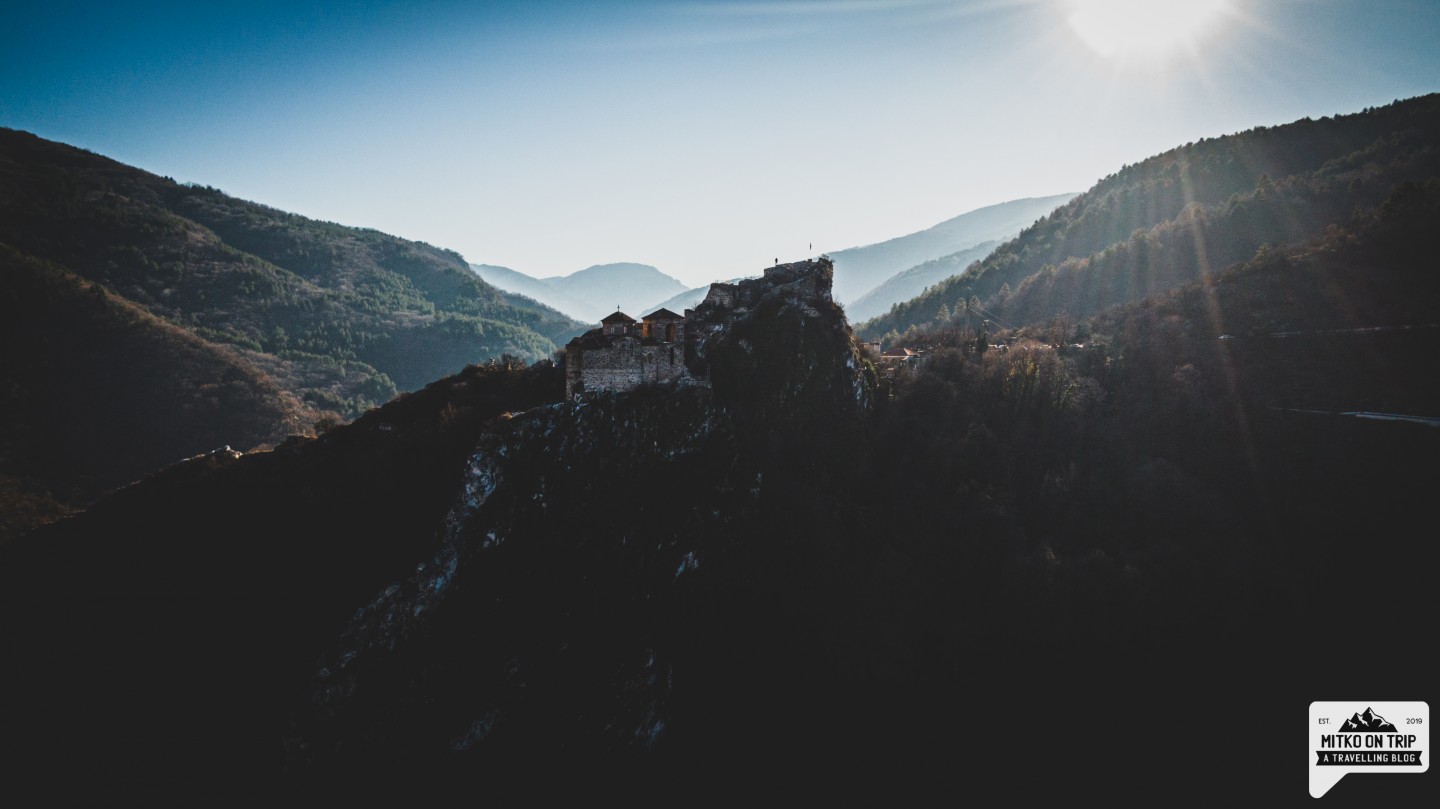 Which number is in the booklet with the 100 national tourist sites?

Assen's fortress is hidden under number 47 and shares it with Bachkovo Monastery. And why not visit both? You are given a great opportunity to do so.

What is your opinion about the fortress?

Let me know in the comments. I will be glad to hear what you think about this landmark.