Back in the centuries with the medieval fortress town of Cherven 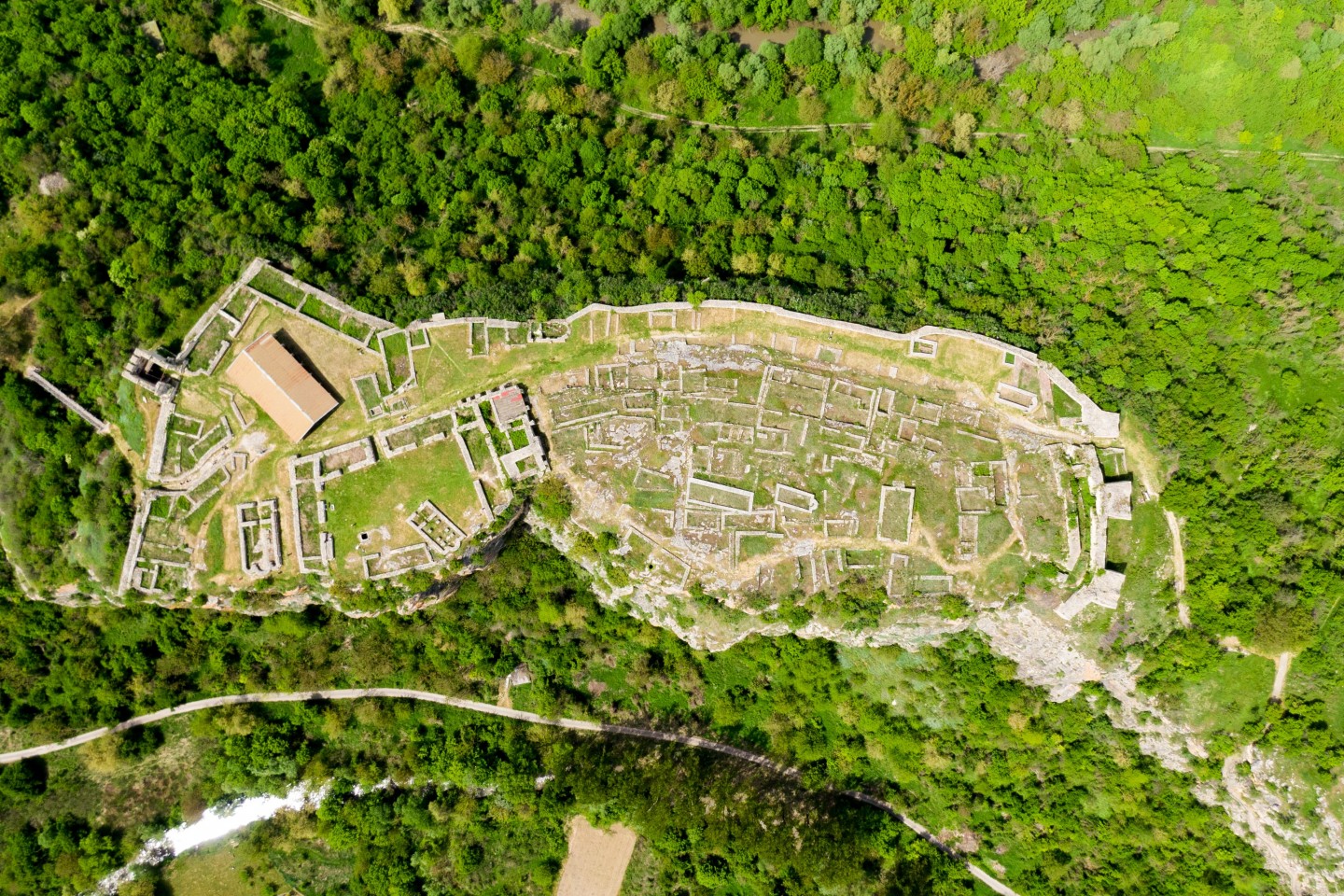 Back in the centuries with the medieval fortress town of Cherven

Cherven is one of the most important church and cultural centers during the Second Bulgarian State (12-14 century). Existing in the 6th century, this fortress city was fortified and upgraded during the First Bulgarian State (10-11th century). In the following centuries the uprising of the fortress city alternated. In the 12th century Byzantium conquered the fortress, and then in 1230 a large earthquake destroyed and burned big parts of the fortress. In 1235 The Cherven diocese (the second largest after the Tarnovo diocese) was established in the fortress and the town began to prosper with a population of 10,000. In the last years before the fall of the Ottomans, the city was extremely well developed. There were many craftsmen in the processing of iron, gold, as well as builders, artists and others. 13 churches were built - 2 metropolitan and other parish, residential and public buildings, workshops, as well as two underground water supply tunnels. In 1388 the fortress city was conquered and burned by the Ottoman Empire. According to legend, some of the city's inhabitants fled and settled in the area of ​​today's city of Ruse.

How to get to the fortress?

Cherven is located about 35 km south of Ruse (about 300 km from Sofia and 230 km from Bourgas). If you travel by car, the travel time is about half an hour and it is very convenient to stop directly in front of the fortress in a large parking lot. 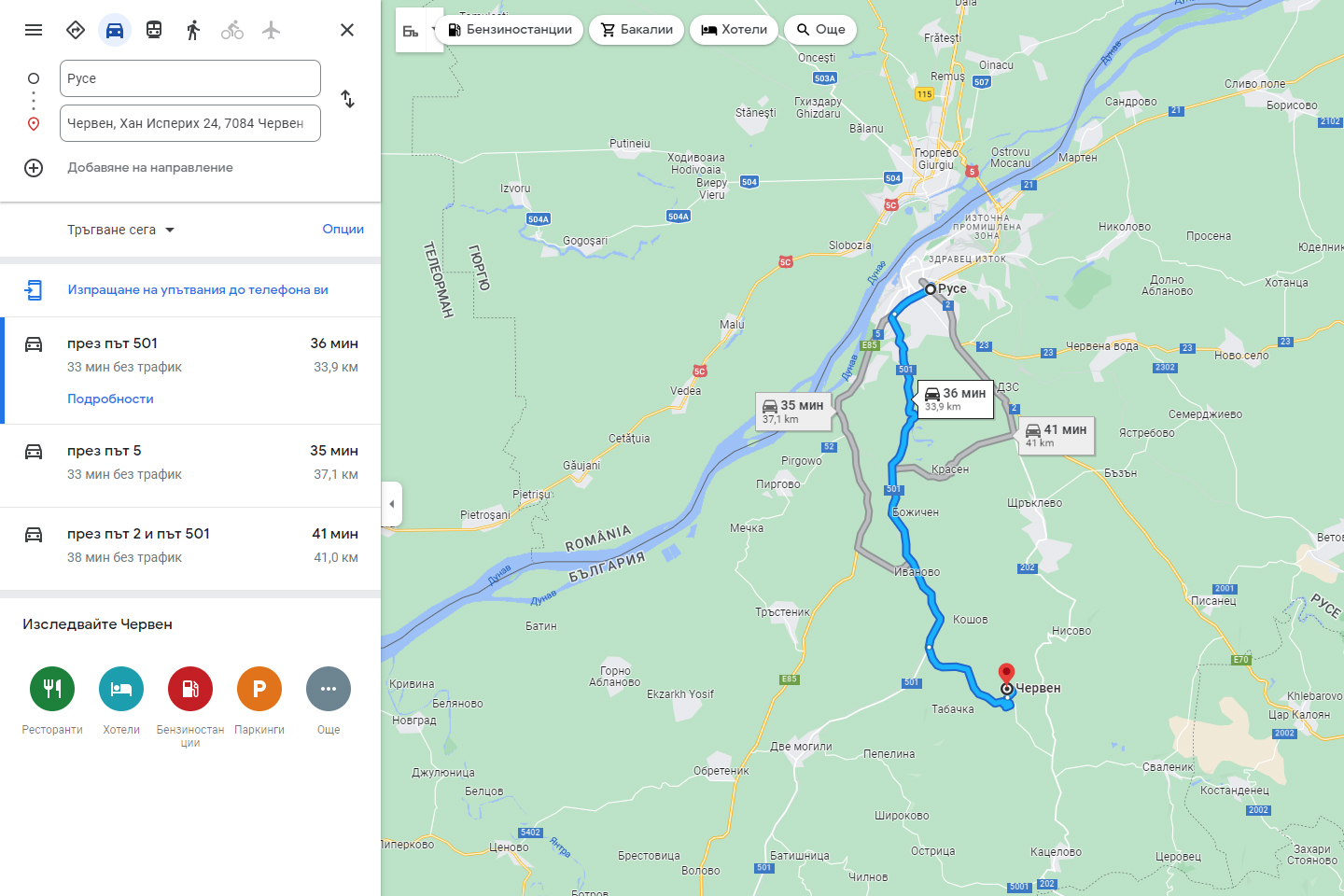 What does the fortress-city consists of?

Cherven consisted of two parts - a real city and a citadel. The outer city occupied the foot of the rocky hill, and the Citadel was guarded by a high fortress wall with battle towers. In the higher part there was a boyar's palace, residential buildings of nobles and churches. One of the outer defensive towers, which helped restore the Baldwin Tower in Tsarevets, is extremely well preserved, and its image in the Game of Thrones series has also been used. 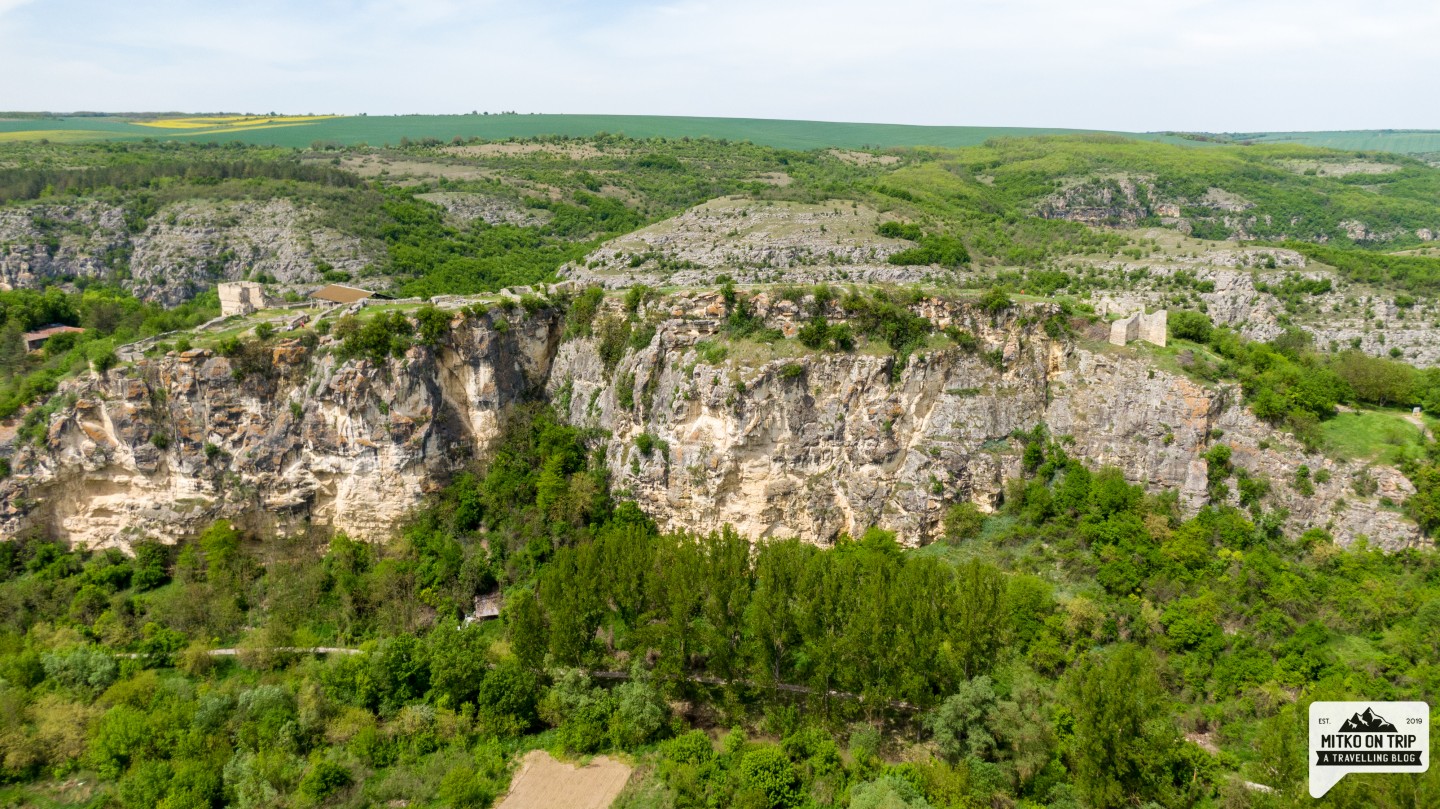 During your visit you will be able to see the Citadel, which is located on the hill. The streets of the city can be clearly seen, as well as a large number of discovered buildings and churches. The fortress walls and part of the towers are very clearly visible. Don't forget to take pictures of the best-preserved tower at the end of the inner city. Next to it there is also a large gate, where the western entrance to the fortress was located. There was a drawbridge that connected the outer city to the Citadel. 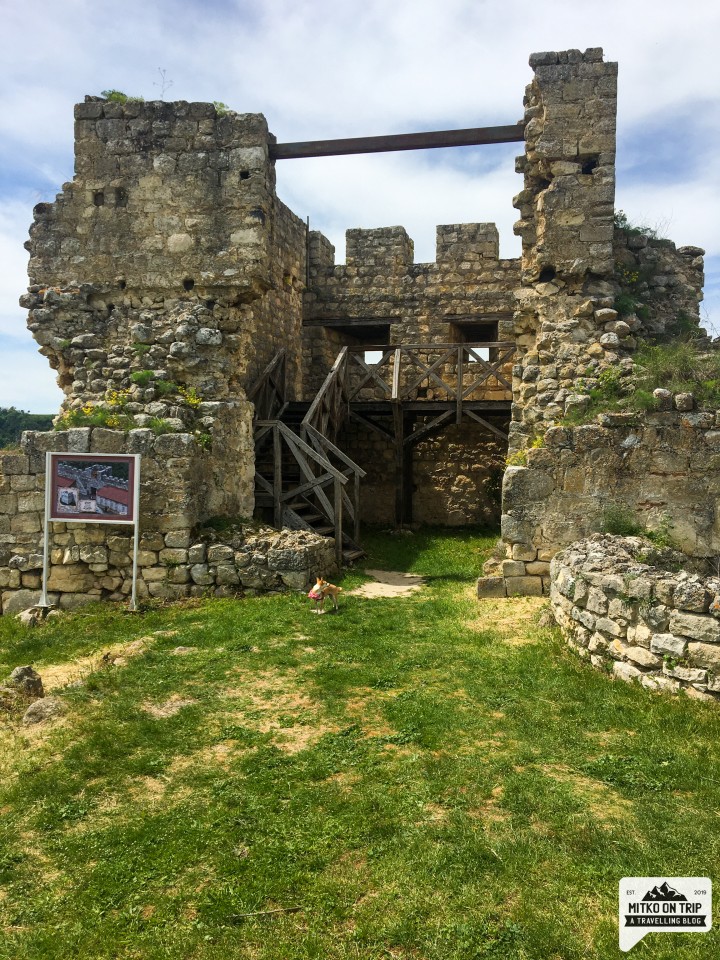 I would spend at least 2 hours walking around the fortress. Of course, each of us has a different pace of walking and exploring, but the fortress is quite large and has many interesting views. Personally, I like to make a looser schedule with scrambling places to visit and visit as much as I can before dark. 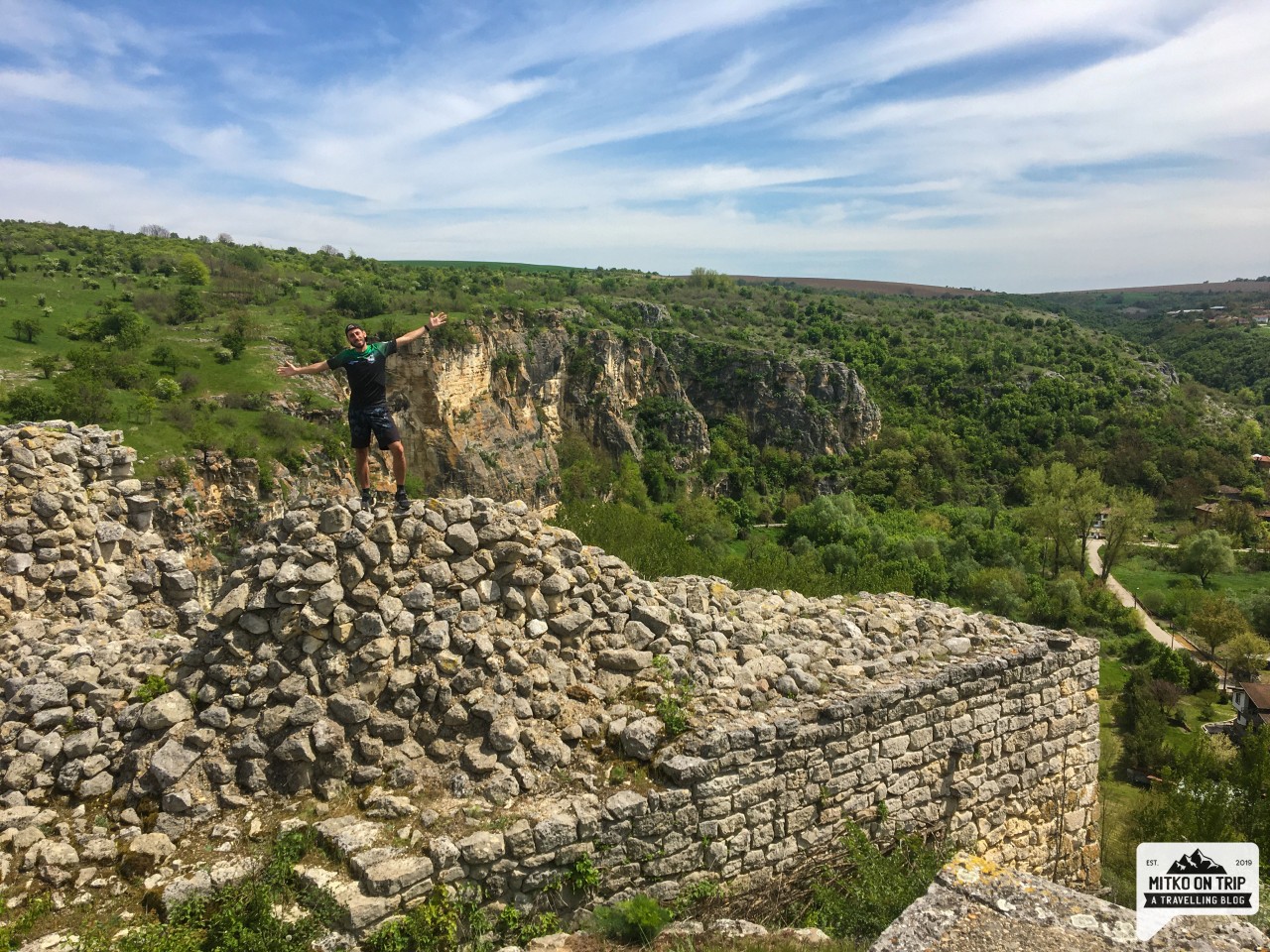 The climb from the parking lot to the fortress is steep. You walk up well-made stairs with a railing and it's tiring, but definitely not scary. According to the information I found, there are 235 steps carved into the rocks.
The fortress itself is on the plateau, but the path goes through the middle and does not approach the edge. Don't worry about walking there even if you are afraid of heights. 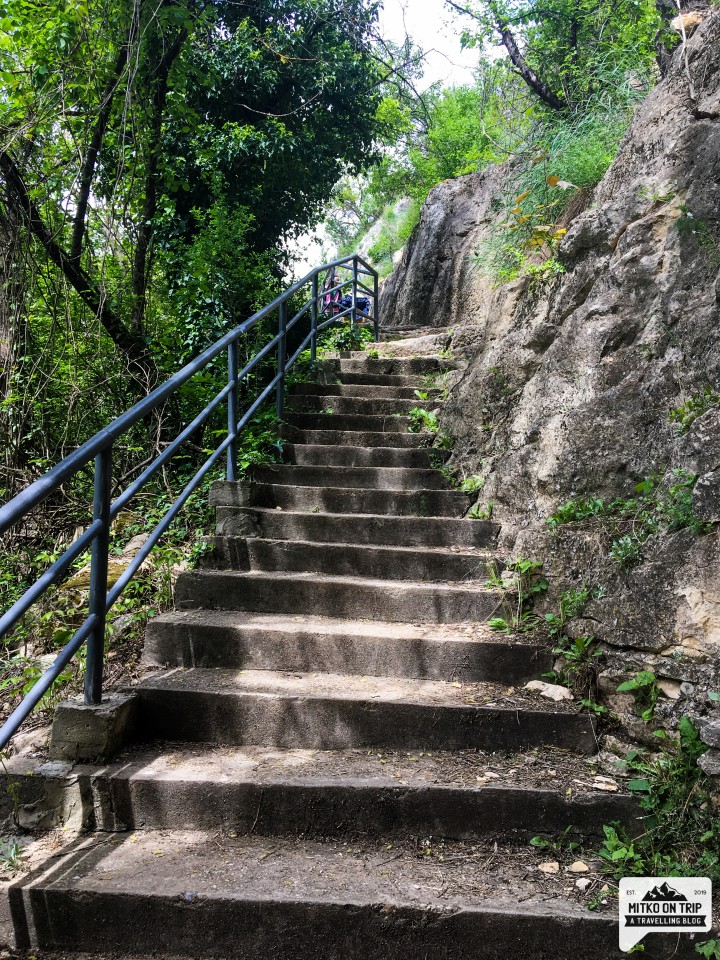 Can i take my dog?

Oh yes! The fortress is very wide and has grass to keep your pet happy from the walk.
(And from time to time there are drones to chase) 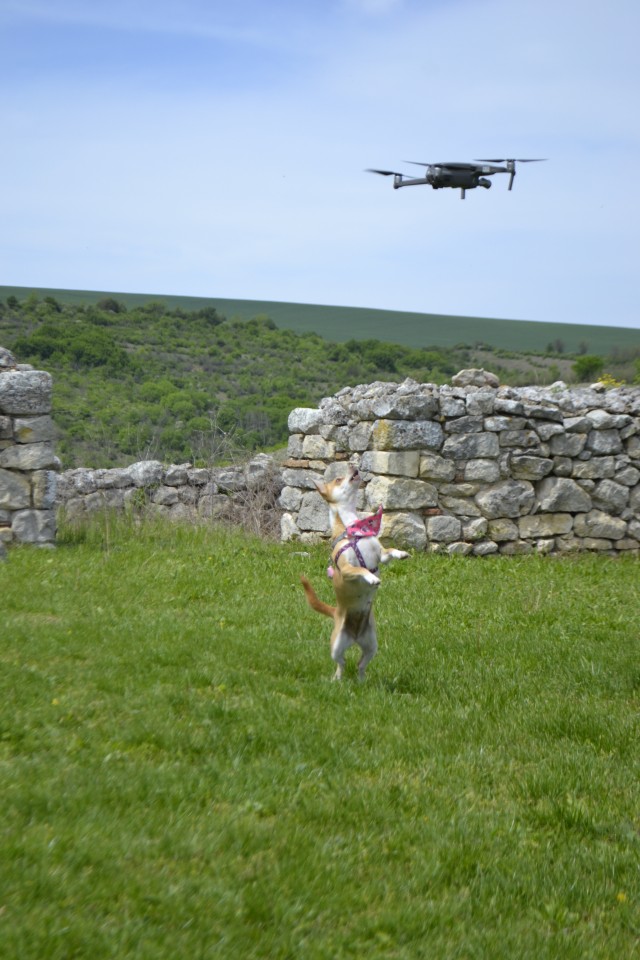 The photo is by Ivan Delibaltov.

Is there a convenient picnic spot nearby?

During the walk you can sit on the rocks and eat if you are not very comfortable. Otherwise, right in the parking lot under the fortress there is a restaurant where you can sit and order food. 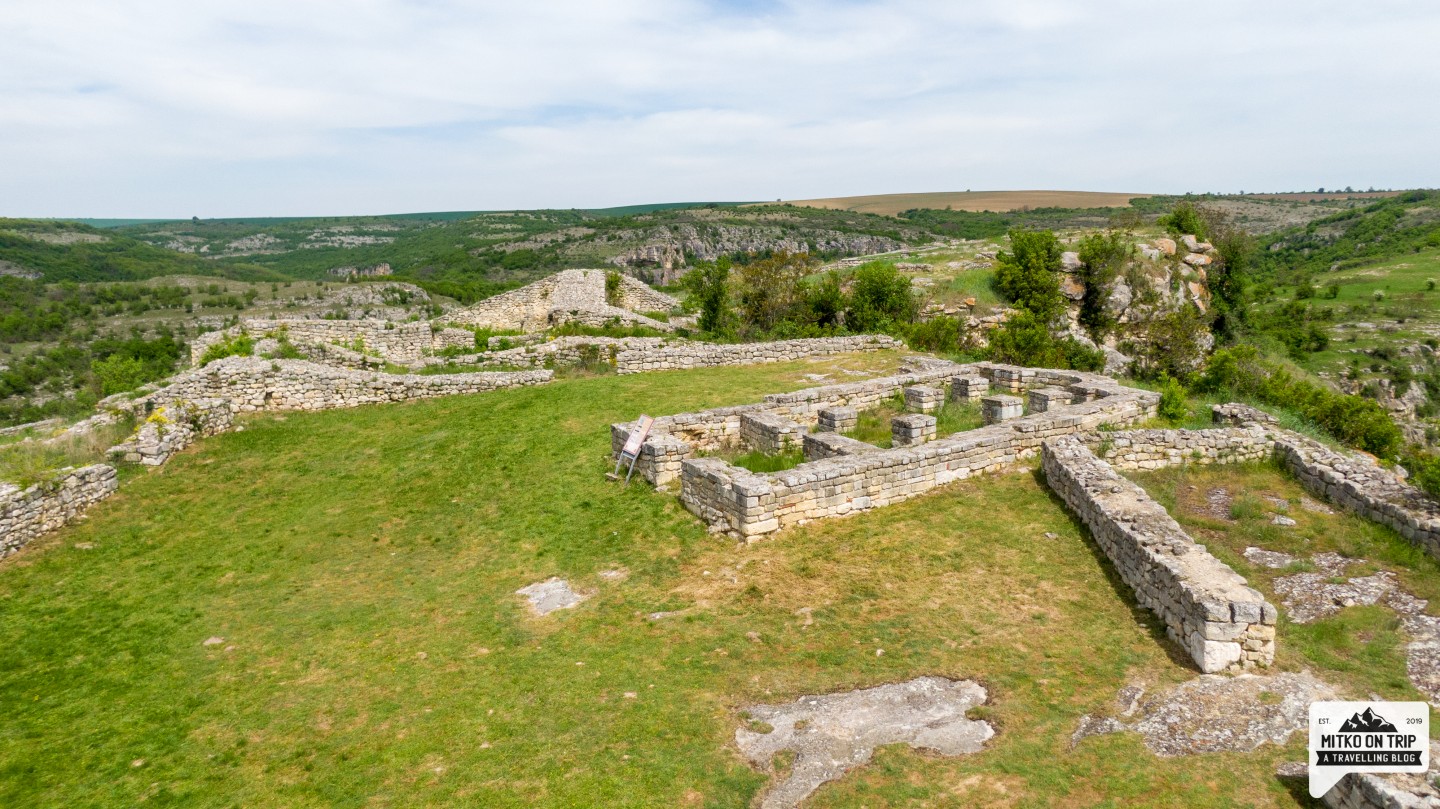 How can I show my friends that I am familiar with the fortress?

I would recommend you to visit nearby: 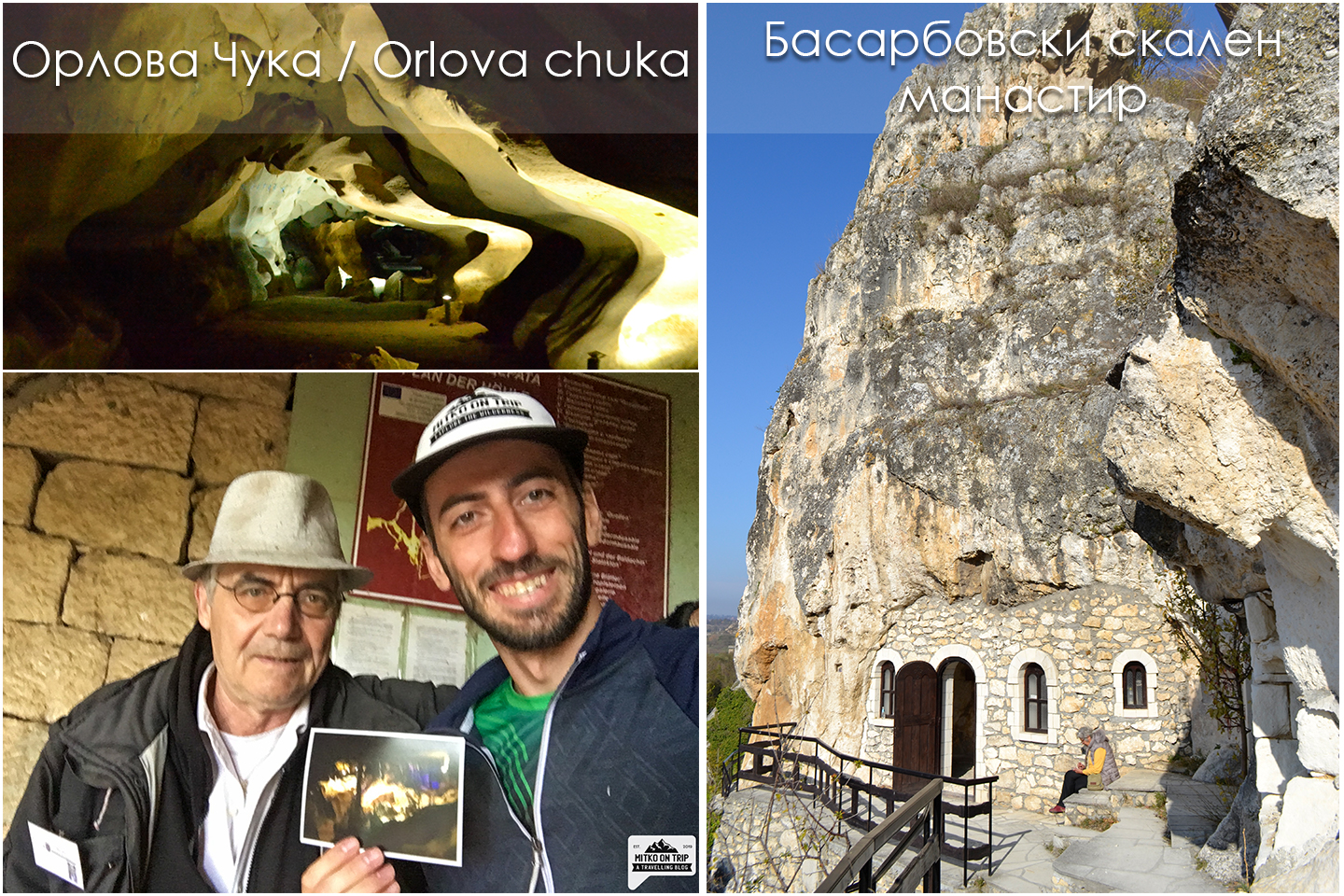 The photo from Basarbovski Monastery and the one from "Orlova Chuka" are by Ivan Delibaltov.